Challenge
Drive high awareness for TomTom as the official candy of the Super Eagles during the FIFA world cup competition while using football as an engagement platform to strengthen brand association with fans, grow brand love, and increase TOMA.

Insight
We knew that in order for the campaign to have a clear resonation with the TG amidst the cluttered space, it had to be broken down in different phases.

Execution
Phase 1 – We created the Sponsorship Announcement campaign launched across brand’s social assets with content to announce TomTom’s sponsorship as the “Official Candy of the Super Eagles”.

Phase 2 – The Friendlies. Unique social banners developed and deployed Nigeria played a friendly – calling fans to show their support for the Super eagles

Phase 3 – Test Your Knowledge/Fan Meet-up. A consumer trivia was implemented to test consumer knowledge of the brand the super eagles. We drove participation by the offering a limited edition TomTom Super Eagles jersey

Phase 4 – World Cup Controller. A twist on the traditional ‘predict and win’ where fans predicted possible events in World Cup matches instead of the usual scores. E.g Who will score the final goal in the France vs Croatia Match?

Phase 5 – We Took It To The Streets. Leveraging a unique partnership with content creators and aggregators, we developed comedic Vox pop series centered on current events in the World Cup and football 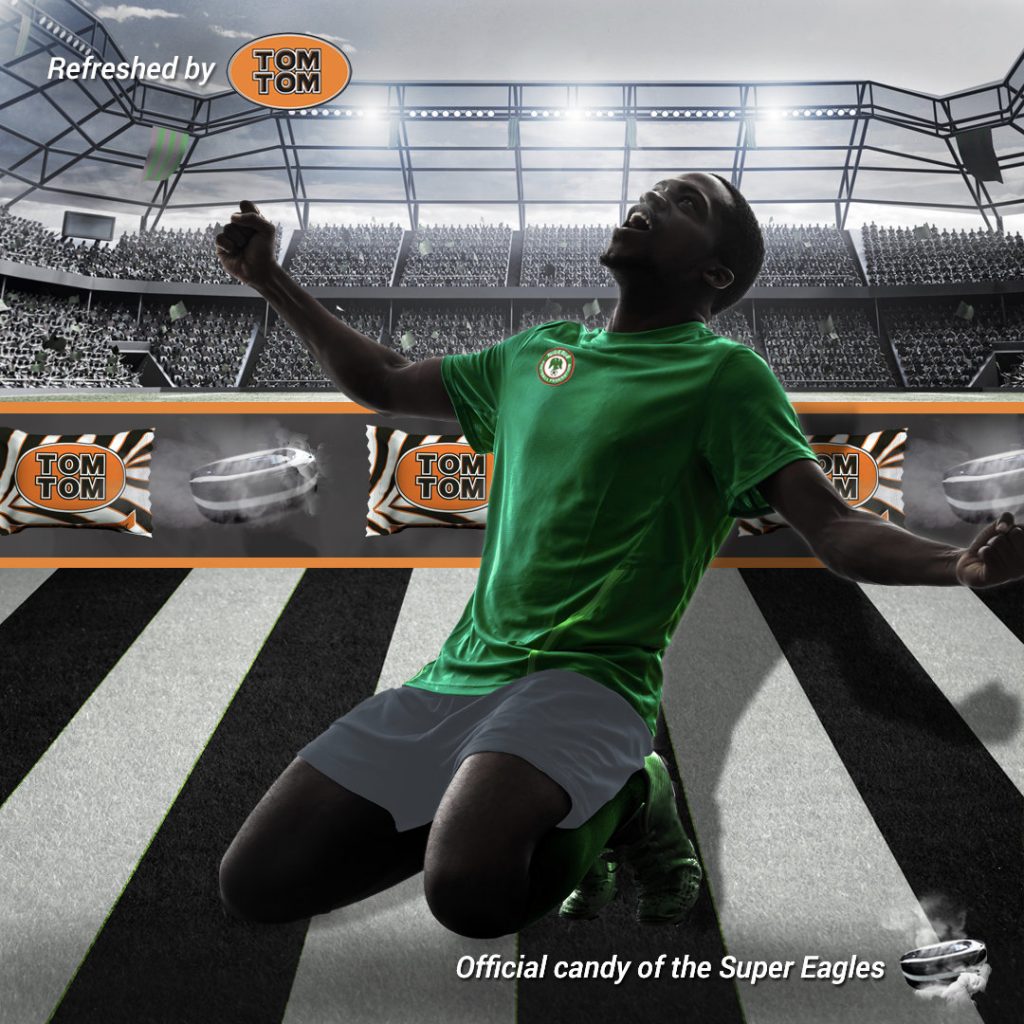